Showing posts from April, 2018
Show all

Hook-In With A Guest 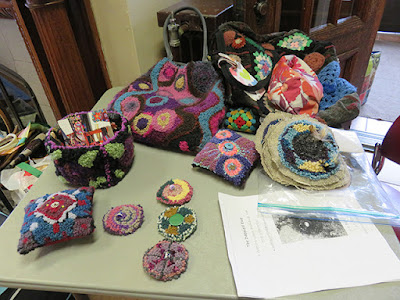 A Guest from Massachusetts Well, isn’t the internet, especially our Website, wonderful! The Guild received an email from a gentleman in Sweden, saying that his mother-in-law, Phyllis Poor, who is an avid hooker, recently moved to Massachusetts, but is currently visiting Montreal. He wondered if she’d be welcome to visit our Monday hook-in. I assured him that we would love to have her join us. And so on April 30 Phyllis came to Beaconsfield to hook with us. Naturally we had a show and tell so she could see all the different and diverse pieces our talented members are working on. And I know Phyllis had a wonderful time! Some Phyllis work Show and Tell Phyllis and member Juliet
Read more

OHCG Newsletter / In The News 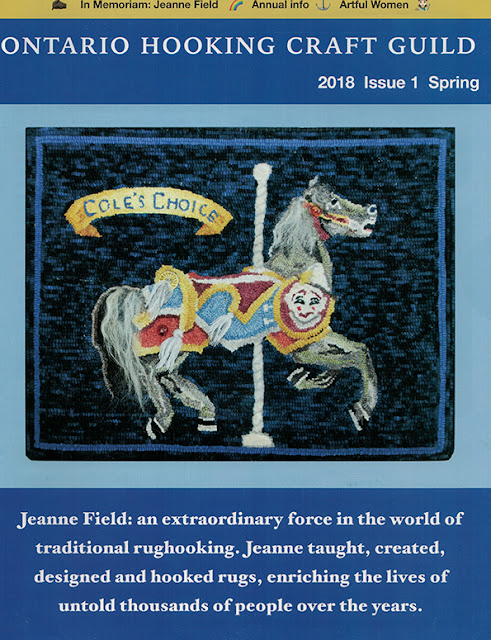 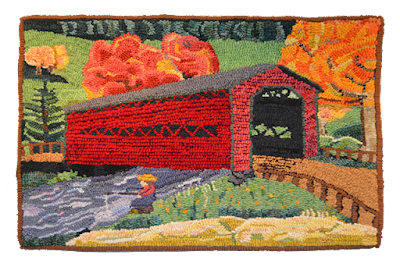 The 150th Anniversary of Canada           Canadian Cultural Heritage The year 2017 was Canada’s 150th anniversary. To extend and commemorate Canada’s Culture and Heritage, this year our Website’s  “Show & Tell” section will be dedicated to heritage buildings and historical sites. In the coming months, two of these structures, lighthouses and covered bridges, will be shown as seen by our rug hookers. Starting in January, Lighthouses will be highlighted in Show & Tell, to be followed by Covered bridges a few months later.  Show & Tell : Covered Bridges! From the middle 1800’s to the middle 2000’s over 1000 to 1200 covered bridges were built in Quebec alone, and, of these, 82 were still in existence in 2012. (Certain sources claim 100). These structures were erected to facilitate the transport of timber across watercourses, replacing the early primitive bridges made out of exposed wooden boards, which, unprotected from the elements, were rotting quickly and were haz
Read more
More posts